What is ICE? What do we do? Who are we?
We know, we've got tons of questions to answer.
ICE Living Lab - Inovation Center of Excellence, Living Lab is one of the many result of a cooperation between the city of Borlänge and Manchester that started in the 90´s. No matter your question, we're certain we'll be able to answer all of them below.

If you happen to have any unanswered ones or if you want to be part of our movement, get in touch!

What is ICE Living Lab?

ICE Living Lab aims to be in the national top class of digital excellence, where everyone who wants (citizens, business and municipal activities) collaborates to solve problems in new and innovative ways and localize the existing knowledge needed for entrepreneurs/professionals and everyday innovators to get ahead with their processes. We call this the Swedish Innovation Centre of Excellence (ICE). ICE is not just an organisation, it’s meant to be an inspiration and a center of excellence where people from all cultures, backgrounds, believes and experiences can meet to make the world a better place.

By understanding others, and mixing your visions, we believe that borderless collaborations and co-working opportunities lays the foundation to develop the human future. That's why it doesn’t matter if you have an idea, if you have a problem or even if you already have the solution. No matter what, your vision, experiences and believes are equally valuable to the Living Lab process as any others.

We want to develop a living laboratory (LL), as opposed to a traditional laboratory that works in a real context from a user-centered perspective. The physical and/or organisational boundaries of an LL are defined by purpose, scope and context. The scope, purpose, objectives, duration, involvement of actors, the level of participation and the limits of an LL are transparent and defined by the participants. A living laboratory can therefore be established on the street, in a house, within an organization, or include an entire city or industry, depending on the project.

For an individual actor, it might be difficult to find the right solution to complex problems, which exist in real-world contexts that are constantly evolving. By working together and jointly developing solutions with end-users and other stakeholders, we can reduce the complexity of problem solving and increases the possibility of finding sustainable solutions. Research shows that living laboratories with networks based on extensive knowledge and exchange of information and cooperation between several actors lead to radical innovations, while living laboratories with centralised network structures tend to achieve more incremental (incremental) innovations (Leminen, 2013). That’s why ICE, is a Living Lab organisation. Made to boost our creativity and possibilities to create in the best possible way, for our and for everyones sake. 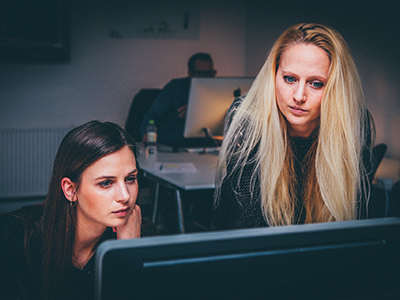 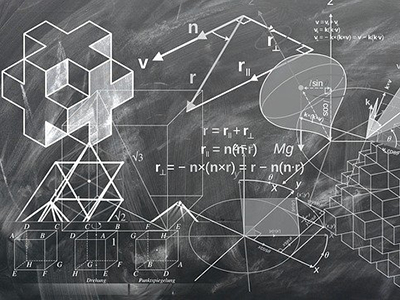 The idea and inspiration to ICE came from Mr Paul Bason, Director of Digital Innovation at Manchester Metropolitan University (MMU). He established (SODA) The School of Digital Arts. A purpose-built, interdisciplinary school that opens at one of the UK’s leading universities, Manchester Metropolitan University in 2021. Our organisation builds on the activities that they’ve held at manchester digital laboratory (MadLab) since years back. They have during this time generated lots of "everyday innovations" that enriched life in the Manchester region for many people, helped to increase the attractiveness of the area and laid the foundation for "participatory economy”. For more than a decade, they have freely provided research, best practice, international orientation and digital knowledge for the inhabitants of the Manchester region. This knowledge has been made available to people with ideas and challenges, who have continued to develop the ideas in their everyday lives.

To make sure we do what we can to make your visions and dereams possible, we started the ICE Co-Working Network. A network where you can sign up with your copmpetence, experience and knowledge. By singing up your name gets stored in a database where we can help all of our members to find co-working partners and competences that they need to make their dreams and visions come true. So if you're up for a challenge, if you want to make new friends or broden your network, sign up with us today, of course totally free of charge. We would be very glad to have you!

It all started way back, really when ICE Living Labs founder Jan Forsstedt got himself on a plane to Manchester in 1999. In his role of hosting inspiring meetings he went there to investigate all the inspiring things happening in Manchester and soon realized that Manchester had a way of looking in to the future and a way of seeing possibilities that didn’t really exist in Sweden at this time.

This inspired him to investigate this even further to see what it is that makes Manchester such great place to come up with an ide. In and what it is with this place that makes so many great ideas blossom to it’s full potential. How things just seemed to take growth in such an amazing way. Like the industrialism, their early acceptance of the gay community and way of living that somehow seemed to be way ahead of its time. Terms such as people for the people, Our Manchester, First manchester etc. that really showed that the population of Manchester did their all to bring each and everyone along in the development of their city.

This inspired a lot of thought and started the first of many study visits to the City of Manchester to learn more about heir way of doing things, their way of developing and their way of seeing the possibilities when dealing with problem, an obstacle or strategies, their way of implementing digital solutions and trying things out and letting creativity and science be equally valuable confer stones in dealing with challenges. What started as a fascination for their way of doing thing soon built the foundation of what became a cooperation between the city of Borlänge and Manchester. A cooperation that up until today is still going strong. 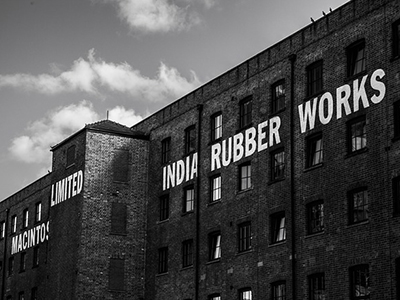 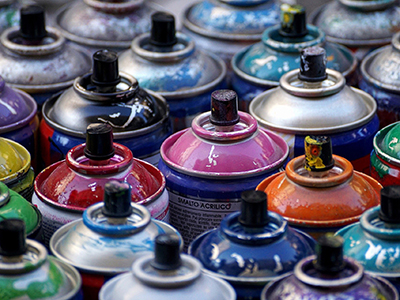 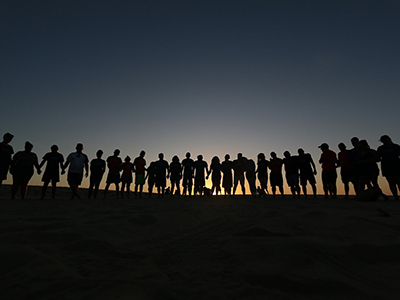 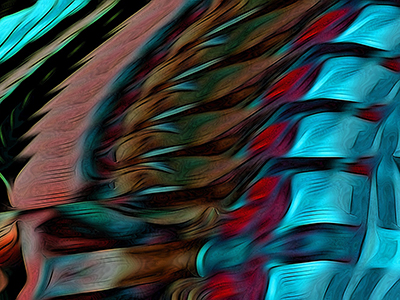 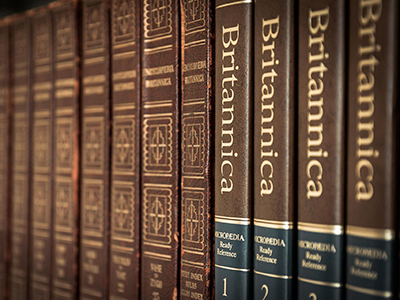 After 10 years of learn from each other, Paul Bason entered the picture and became a huge part of the foundation of ICE Living Lab. Paul is the chief of innovations at Manchester Metropolitan University and soon showed how they built the cooperations between the academy, businesses, culture and the general public.

Through out this cooperation between that started with a hint of curiosity, a questions about what it is that makes Manchester so unique, a friendship grew between Jan Forsstedt, Paul Bason and Dave Carter (Honorary Research Fellow at MMU) which the following years until today have founded a solid base of working together, learning from each other and supporting each other with the sole purpose of making the world a better place, of letting creativity, diversity, science, the good will and people blossom to their full potential by realizing that nothing is impossible. Some things just require a little more time than other. Out of this curiosity, this friendship, the good will of making the world a better place and inspiration from Mad Lab, The Shed and other organisations all working to bring us all a better future, ICE was funded. We're now proud to present, ICE Living Lab - Where visions are made possible.

ICE I meant to be an ever changing organisation made to fit the society’s need. ICE stands for creative innovation and could, depending on the society’s needs and wishes be everything from a shared set of values to a way of handling problems, manage valuable ideas and bringing all of it to life. It could also be physical place where you could come to build your network, where you could test your ideas, prototypes and find like minded people who might, or might not share your passion etc. but might either way, be just that person who’s is key to your idea. 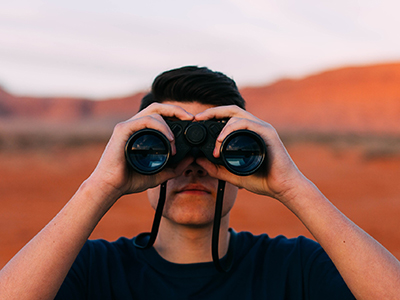 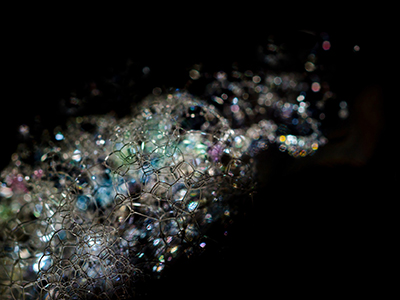 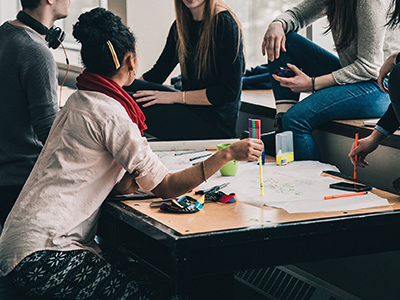 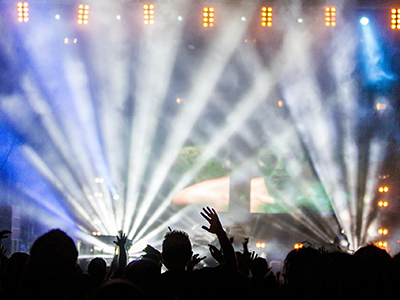 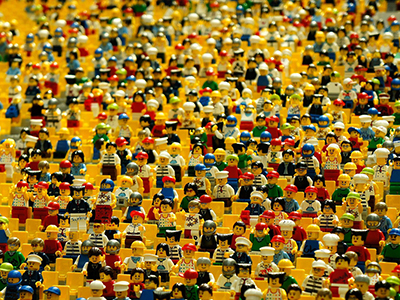 We spoke to some of our members about their visions and dreams of what the future looks like for ICE.

It’s great if ICE is a physical space but it doesn’t have to be; it should be a set a shared values that focus the power of digital technologies on educational, economic and social change. ICE should be somewhere where creativity and creative thinking is at its centre. ICE should create an environment that is “open”; where business, academics, policy makers and citizens all find value.

Networking in the region, across the country and across the world should be a key tool.

My vision with ICE is that we connect the academy with the surrounding society. That we together create new innovations that will benefit the society in which we live and work, and that our different perspectives and knowledge are used.

We from the academy come in with our perspective and the surrounding society with its own. It can be companies, authorities, students or the individual citizen, who have ideas they want to develop together with students, teachers and researchers at the university. Ideas that make society more attractive, so we want to stay, and companies want to establish themselves.

Let´s help eachother make this world a better place by working toghether. Sign up for free and be part of ICE